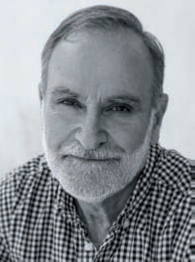 Antonios Sp. Vasilakis studied Archaeology and History of Art (BA) in the Aristotle University of Thessaloniki and received his PHD in Prehistoric Archaeology (‘Gold and Silver in Bronze Age Crete’, published in 1992). He worked in the Greek Archaeological Service of Iraklion (1978-2010) and as Director of Prehistoric and Classical Antiquities in Kefallinia. Since 2011 he is retired as Director Emeritus of Antiquities. He has directed many rescue and systematic excavations in Crete and Kefallinia: Moni Odigitria, Trypiti, Gortyn, Lebena, Matala and Inatos in South Crete; Poros and Gazi in Iraklion; Arcades in Central Crete and in many other sites. In Kefallinia he excavated a Late Helladic megaron at Tzannata. He has written many archaeological guide-books of Crete and has published many articles and studies on the archaeology and Civilisation of Crete. He published the excavation of the Prepalatial Cemetery at Odigitria (Instap University Press).

A member of the Archaeological Societies of Athens and Crete, he has worked as a lecturer in the School of Guides of Crete, in the Technological University of Crete, in the Vocational Institution for Conservators of Works of Art and of The Guards of Antiquties from 1980 to 2010. In 2011-13 he was Adjunct Professor in the Simon Fraser University at Vancouver, Canada. He has given lectures in universities and institutions in Iraklion, Athens, Rethymno, Chania, UK, Italy and France. His search interests focus on Minoan and Mycenaean Archaeology and the Archeology of Crete.