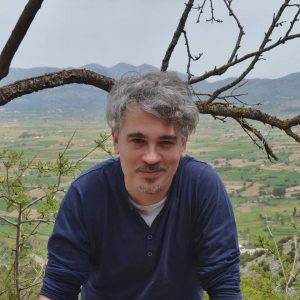 Kostas Vlassopoulos studied ancient history at the universities of Athens, Crete and Cambridge. Between 2005-2015 he worked as Lecturer and Associate Professor in Greek History at the University of Nottingham, before moving to the University of Crete where he is currently Assistant Professor in Ancient Greek History. His research interests include the social and economic history of the ancient Greek world, the history of slavery, the history of intercultural relations in antiquity, the history of political thought and the historiography of ancient history. He is the author of Unthinking the Greek Polis: Ancient Greek History beyond Eurocentrism (2007); Politics: Antiquity and its Legacy (2010); and Greeks and Barbarians (2013). He has co-edited the volumes Slavery, Citizenship and the State (2009); Communities and Networks in the Ancient Greek World (2015); and Violence and Community in the Eastern Mediterranean World (2017). He is currently co-editing the Oxford Handbook of Greek and Roman Slaveries.