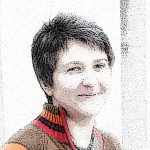 Artemis Karnava has a BA from the Department of History and Archaeology of the Aristotle University of Thessaloniki, Greece (1993), an MA from the Department of Archaeology of the University of Sheffield, UK (1995) and a PhD with a thesis on the Cretan Hieroglyphic script of the second millennium BC from the Université Libre de Bruxelles, Belgium (2000). Her research interests include archaeology and epigraphy of the eastern Mediterranean from the third to the first millennium BC. She is one of the editors of the corpus of Cypriot syllabic inscriptions of the first millennium BC for the series Inscriptiones Graecae of the Berlin-Brandenburg Academy of Sciences. She has just completed a book on seals, sealings and seal impressions from the site of Akrotiri in Thera (2018, CMS Beiheft 10, CMS-Heidelberg). She has excavated extensively in different sites in Greece as a contract employee of the Greek Ministry of Culture, she has taught undergraduate and graduate courses at the University of Crete and has done post-doctoral research at the universities of Cambridge and Vienna.